Bullying is still very much an issue, and for many parents who have been victims themselves, they tend to fear over the safety of their child while in school. Yet rather than simply agonize over the thought, many parents enroll their children in a martial arts class so they can at least know how to defend themselves against physical attacks. Other parents though are unsure if it’s the right thing to do, as they are also anxious about instilling violence and aggression in their children’s temperament.

Choosing the Right Kind of Martial Art Training for Your Child

Choosing the right kind of martial art for your child is the simplest solution to both worries. All forms of martial arts have structure in methods used in training students, as all types of combat sports aim to promote discipline and physical fitness. However, they differ on the fighting skills that come into play as a form of self-defense against aggressors.

Karate has more focus on combative skills like punching and other styles of powerful hand strikes. Taekwondo focuses on striking with punches and kicks but with special attention to movements targeting the upper body. Muay Thai is similar, but teaches multiple boxing and kicking techniques aimed at injuring the entire body of an opponent.

Braziliab jiu jitsu is a lot different because the main focus of this combat sport is on the application of wrestling moves in subduing an attacking aggressor. In the application of position holds, the purpose is to keep an attacker under control and not to inflict pain by way of injury. Inasmuch as the main reason why parents want their children to learn self-defense is to prevent them from becoming easy targets for bullies, it is quite common for parents to decide on brazilian jiu jitsu training for their children.

Other Reasons Why Many Parents Choose BJJ for Their Children

Brazilian jiu jitsu classes actually allow children to apply the skills they learn through sparring. That way, they can develop competency, while setting goals to achieve mastery. This stands in contrast to other combat sports training, in which sparring among students take place only after several months of training; whilst requiring students to wear heavily padded protective gear to avoid inflicting or to suffer from actual injuries.

As young bjj learners learn to actually wrestle, they develop greater confidence and motivation in performing better. Nonetheless, Brazilian jiu jitsu also teaches humility, by learning to admit defeat by tapping. Here, the discipline is to be humble enough to acknowledge that one still needs to improve on his jiu jitsu skills.

That is why, belt promotions in Bjj classes for children tend to take place much faster than in adult classes. Children are normally less patient and tend to lose enthusiasm easily since they often have other fields of interest that they feel they need to catch up with.

As a final thought, enrolling their children for brazilian jiu jitsu is not intended to make future mixed martial artist out of them; but mainly to boost awareness on how their body can respond in certain situations, especially when there is a need to defend themselves. Developing that kind of awareness also leads to boosting their self-confidence in accomplishing physical tasks not only for combative purposes.

You have probably heard the term anabolic steroids especially if you are the type of person who like going the gym. But for those who haven’t heart the term, anabolic steroids is defined as a health supplement that is not natural and is a chemical male testosterone. Men take this form of drug if their goal is to have a bulk body huge muscle.

The first time steroid came out of the market, it immediately became one of the most popular supplements out there because of its great benefits despite having a lot of chemical composition and ingredients. But do not get me wrong, steroids are not only used for muscle building, physicians prescribe this drug to those who have hormonal troubles like late puberty. Moreover, it can also be used to treat certain diseases like AIDS and other diseases that involve loss of muscle. However, there are various cases related to the improper usage of steroids. Like I have said earlier this is a chemical testosterone, and if a person abuse it, it will be dangerous. With that being said, technology was able to develop SARMs, https://www.masculinedevelopment.com/ostarine-complete-guide-mk-2866/  also a variation of male hormone but less dangerous compared to steroids. This is developed to solve the problem with steroids.

According to research, most people who use steroids misuse it and they are qualified as bodybuilders or weight lifters. However, these days sports enthusiast even use steroid. There are many popular basketball players that are accused of using anabolic steroids even though it is forbidden. Studies state that few more years, then the number of women who use steroids will increase. Which is why it is important to keep educated and informed on its proper usage.

In order to avoid the abuse of steroids, we listed people the common ways of abusing it.

Why is Motorcycle Training Important 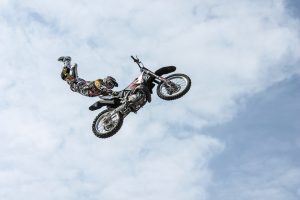 If you take a look around you, you will  notice that there are motorcycles everywhere. It is very unlikely not to see at least three motorcycles each day regardless of where you are. Do you ever wonder why a lot of people are very fond of motorcycle to the point where they are very much excited to drive hundreds of kilometer with their motorcycle. The answer to that is simply because every person has his/her passion. It depends on us where and when we are gonna exert our energy in to it.

For some motorcycle drivers, what they love about motorcycle driving is the feeling it gives. There are some who just love collecting such vehicles. To those who are fond of driving motorcycle,  we might see it as something that is easy, but the truth is, there are risks every driver is facing. And before they go to the road, some of them went through rigorous driving lesson and training just to secure safety. On the other hand, there are also those who preferred not to undergo training because they believe that it is to costly and they can learn the basics on their own. A number of motorcycle drivers were interviewed and asked if they prefer to undergo training or self practice. The most common answer is that they prefer to watch tutorial videos instead learn on their own. Moreover, they also believe that as long as they are wearing protective gears such as helmet and gloves they are safe. However, protective gears do not prevent accidents, it only lessens the chances of getting wounds but anything may still happen. If you are reading this and you are still currently looking for motorcycle gears, you may get it here.

The reason why it is recommended to take training is because you will really learn the protocols, the do’s and don’s and what to do in case of an emergency. Moreover, a formal motorcycle training will lessen the probability of having an accident. With that being said, always remember that before investing to a very expensive vehicle and gears, make budget for trainings

The Importance of Basketball in High School Education

Basketball as a Worldwide Sport

Basketball is probably the most popular sports around the world. A lot of people are in to this kind of sport, be it a boy or a girl. But among the two, boys usually play this kind of sport. Up until now, there are many academies and sports competitions that focuses on basketball. In addition to that, people also say that these types of competitions are what bring people together regardless of age, gender, race, and nationality.

There are other reasons why Basketball are loved by many people. If you know someone who is really fond of basketball, you might want to give him/her a gift related to such sport through roadtoreno. Basketball teaches discipline, sportsmanship, leadership, and workmanship. No wonder why parents engage their child to basketball or any type of sport at an early age. Some parents, specifically fathers like to teach their kid, but there are also some parents who prefer to enroll the child for him to learn the proper way of playing.

Schools that offer secondary and tertiary education have seen the benefits of this type of sport which is why some schools are incorporating basketball in Physical Education.

High school is the most crucial stage among teenagers and this is where students will discover and develop skills that they have. Also there are various skills that can be taught by the educators through regular training or practice. These are skills that students might find it hard to learn when they are in classroom.

Leadership is one of the most important values basketball teaches to player. Through basketball, students will realize the importance of teamwork and how it will contribute to success. One must keep in the mind the superiority of coach or assistant coach when it  comes to playing the game. Player should do what the coach tells them to do. The decision and strategy should always lie on the coach. All the players have to do is to comply the play the game properly.