Recent polls covering all industries revealed that teachers, school staff and workers have the highest levels of burnout experience among all industry employees. The new poll is actually part of a series of data surveys showing the precarious conditions that pose as challenges in all industries. . 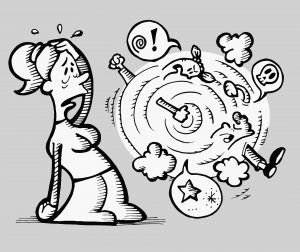 This latest Gallup poll revealed that the K12 and the higher level education sectors have the highest number of burned out workers. In the K12 sector, 44% indicated they are “very often” if not “always” feeling burned out with their work. About 52% of those employees are K12 teachers.

In the higher education sector, about 35% of college and university employees responded that they feel burned out “very often” or always.

The series of polling presents inflection points that underscore the frailty of the workforce making up the country’s public school system. This comes after the education sector was disrupted by the COVID-19 pandemic, which resulted in overwhelming challenges pertaining to learning loss and mental health.

The most recent is the Uvalde school shooting which contentious political speeches of government officials, would rather arm teachers with equally high-powered guns; instead of instituting reforms in gun control laws and introducing laws to prevent gun violence throughout the country.

Actually, the national unions of educators have been voicing their concerns over the effects of the unprecedented staffing shortage crisis in educational institutions across the US. The National Education Association for one, polled its more than 3 million members in February, to which the results revealed that 55% of the teachers who responded to the survey indicated readiness to leave their education profession.

The severity of the educator shortage crisis has reached a point in which the states of Massachusetts and New Mexico have deployed members of the National Guards to temporarily take on the roles of teachers, school bus drivers and meal servers.